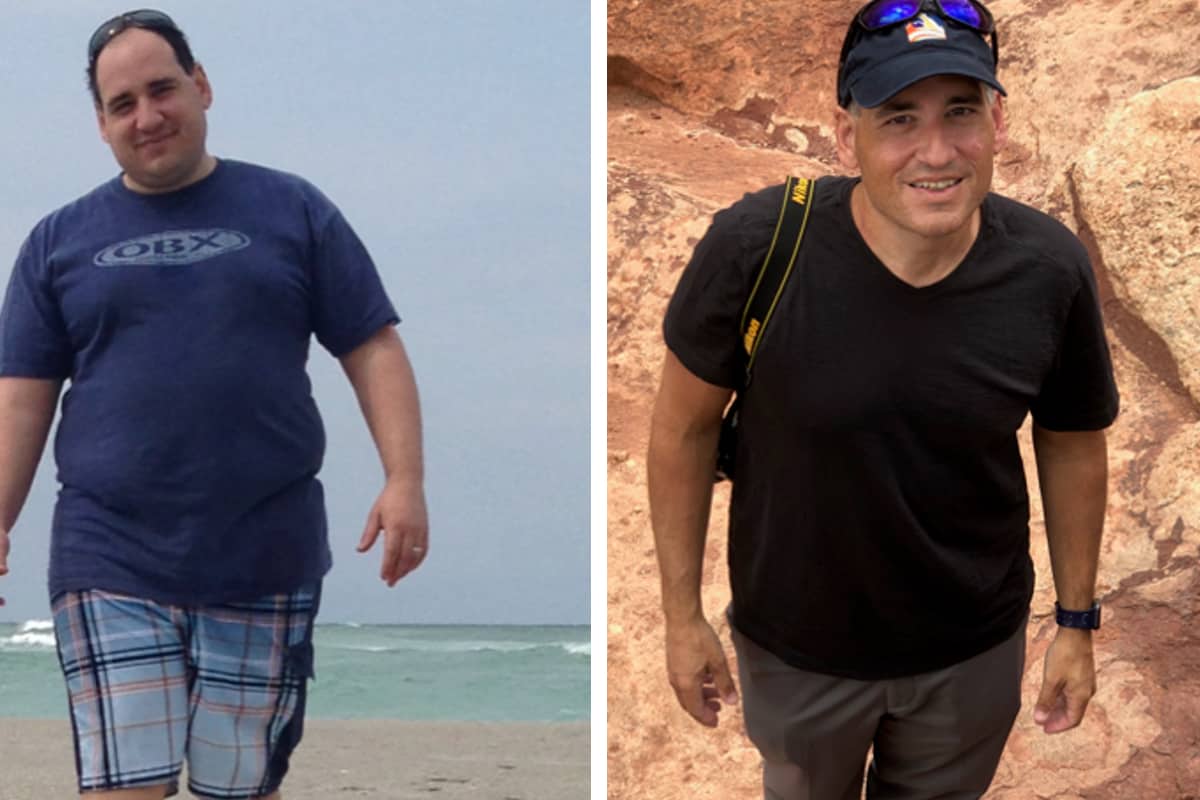 I have been overweight for as long as I can remember. As a child, I was always very active and participated in sports year-round. My parents always fed us a “healthy diet” as suggested by the food pyramid. We used margarine instead of butter, only drank diet soda and avoided sugary cereals, sticking to Wheaties, Cheerios, and Corn Flakes—with low- fat milk.  As I went through college and medical school, however, I continued to get heavier. Working long hours, not sleeping well, and eating poorly during surgical residency only made matters worse.

As a Chief Resident, at 27 years old, I decided I had to lose weight. For months, I tracked everything I ate and restricted calories. I started exercising many hours a day. I thought it was as simple  as calories in-calories-out, just like I’d learned in school. I was able to lose about 50 lbs, and then, proceeded to gain it all back–and more–over the following years.

Considering that both my parents were obese and ultimately underwent Gastric Bypass surgery, I accepted that I was “genetically destined” to be overweight, another concept I had learned in school. As a cardiac surgeon, I spent every day treating patients who were obese and diabetic.I would parrot to them the same advice I myself followed, to eat less, move more, eat low fat foods, etc.

My enlightenment started in late 2015. My wife, in an eﬀort to improve the severe heartburn that she had suffered since giving birth to our two daughters, decided to try avoiding gluten. To be supportive, I did so as well. I immediately noticed improved energy and started to lose a little weight. Coincidentally, a few months later, Gary Taubes was the guest speaker at a medical conference I attended. I started to read his books on the flight home and immediately implemented a low-carb way of eating. For the first time in my life, I no longer spent my day constantly thinking about food and being hungry.

Over the subsequent years, I lost approximately 100 pounds and have maintained my weight loss. I now eat an almost zero-carb animal-products-based diet. At 45 years old, I am in the best physical and mental shape of my life.

During the past few years I have voraciously researched the eﬀects of foods on health. I have come to realize the fallacies that underpin much of what I learned in school and during my early medical career. It’s clear to me now that poor diet is at the root of almost all chronic disease. Unfortunately, the vast majority of food available to us worsens our health. The food pyramid has failed miserably, and since its introduction, the health of our nation has only worsened. It angers me that my family and the majority of my patients have followed those guidelines, only to see their health worsen.

I have now committed myself to helping people learn that optimal health starts with a healthy diet and that healthy diet needs to be built upon a foundation of real food. Healthy diets can be satisfying and easy to maintain, once people are given the proper information. I enjoy everything I eat and most importantly, I am able to fully enjoy all the wonderful things in my life, including my family and friends.